Jul
25
2012
Moscow, RU
Olimpiski
5
Share
In Moscow Sting performed his most popular songs written over 25 years of his solo career...

British singer Sting once again shocked the Moscow audience with his professionalism. His concert was the only one in the metropolitan sports complex "Olympic", which seats up to 25 thousand spectators and was filled to capacity.

As the musician, dressed in a white shirt with no inscriptions and dark trousers, appeared before the public, he made a real ovation. "Good Evening, Moscow," - in Russian, and said Sting is the native language added that he was glad to return to Russia. And though the last time he came to the capital is not so long ago - last year he sang with the symphony orchestra - his current performance was quite similar to the previous one.

This time the singer/actor has brought a new program, which since the beginning of June shows around the world within Tour "Sting's Summer Tour". Together with his musicians - guitarist Dominic Miller, drummer Vinnie Colaiuta, keyboardist David Sancious, violinist and vocalist Peter Tickell and Jo Lowry - Sting sang the popular songs written over 25 years of his solo career, as well as composition from his time with "The Police".

Few people can make a program and the only hits for nearly two hours to keep viewers in suspense. The musician played twenty-one songs. There were 'Englishman In New York', 'Seven Days', 'Next To You', 'Roxanne', 'Every Breath You Take', 'Fragile' and many others. Of course, Sting was singing live, as a huge impression on the audience made a fiddler Peter Tickell, but all agreed that the sound of the "Olympic", unfortunately, leaves much to be desired.

Following the Moscow Artist July 27 will go to St. Petersburg and then in Latvia and Lithuania, where he completed his tour.

Comments
5
You must be a logged-in member to add comments. Log In | Subscribe
July 31, 2012 posted by Onega
Thank You
I arrived in Moscow for a concert from Novosibirsk (Siberia). And then, as the musicians kept on the stage? as Sting flawlessly sang his hits for over 2 hours, as Dominic Miller kindled a fan zone - all this will be my best memories of living and quality performance. Thank you. With the ghostly hope of seeing Sting in Novosibirsk. There he is waiting for.
July 29, 2012 posted by thankyou
thank you
You and the musicians gave us so many émotions. You just make me keep smiling all the concert. You are the best, definitely!! See you next year in Moscow.
July 26, 2012 posted by Oxy
An angel with mohawk hair
Thank you for coming and making my dream come true! It's a sheer delight, watching you and listening to you! Please, come again. 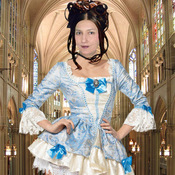 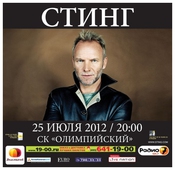