Grammy winner and Rock and Roll Hall of Fame inductee Sting performed in St. Louis Tuesday as he continues to kick off the next leg of his Back to Bass Tour. His stop in St. Louis is one of only a handful of shows Sting is performing in the United States before heading back to Europe for the next couple months.

The last time Sting appeared in the Gateway City was for a performance with the Royal Philharmonic Orchestra at a sweltering Verizon Wireless Amphitheater two years ago. At that time his concert tilted towards a very subdued nature. This time, with help of a much smaller backing of Dominic Miller on guitar, Vinnie Colauita on drums, David Sancious on keyboards, Peter Tickell on electric fiddle and vocalist Jo Lawry, Sting was able to perform a more up-tempo show.

Coming out to 'All This Time' and The Police's standard 'Every Little Thing She Does is Magic' Sting was draped in a solo backlit spotlight for much of the performance while his band was in the shadows, being lit only during the choruses. The stage lighting remained simple throughout most of the show. It wasn't until 'Never Coming Home' that the lighting was used to its full extent, a nice example of appropriate mood lighting. It was apparent lighting wasn't at the forefront for this show as it was clearly focused on the music and Sting's strong vocals.

The night was a collective of blues/rock/soul/country and pop. Whatever Sting sings it resonates with a soulful blend of harmony and melody mixed with catchy, thought provoking lyrics.

He mixed in a wide ranging set with staples from his solo career (25 years and counting now) and The Police (though, unfortunately the live favorite 'Roxanne' was nowhere to be heard). Some of the more obscure songs were a treat for die-hard Sting fans. 'Heavy Cloud No Rain' was a nice addition to the setlist and enticed a sing-a-long from the crowd.

Sting, whose real name is Gordon Sumner for those who don't know, excels at being a storyteller, and in between many songs he would offer up a narrative of the song's meaning or origin. On one occasion he misspoke that Toby Keith had performed his song 'I Hung My Head' then corrected himself by stating it was Johnny Cash. The very next song he vindicated himself by saying that 'I'm So Happy That I Can't Stop Crying' was the song covered by Keith before he preformed it with a style that only Sting could make work.

One of the highlights, and there were several, included 'Desert Rose' with its Middle Eastern style pleasantly filling the beautiful Fox Theatre with its mystical beats.

Even though Sting himself doesn't do solo on the bass he allowed each member a chance in the spotlight to show off their wares on their respective instruments. Particularly intriguing were the solos by Tickell as he blazingly lit up the stage with his fast and furious fiddle work that had the crowd erupting in appreciation.

(c) The Examiner by Sean Derrick

Sting goes back to basics with Fox concert...

English rocker Sting kept it simple and straightforward at his concert Tuesday night at the Fox Theatre.

When Sting last visited these parts two years ago at Verizon Wireless Amphitheater, he lushly recreated his classics with the help of the Royal Philharmonic Concert Orchestra.

This time, Sting came with a band including Dominic Miller on guitar, Vinnie Colauita on drums, David Sancious on keyboards and Peter Tickell on a mean electric fiddle for a show that took fans in another direction.

Sting and his band were most interested in rocking out, pumping up songs such as 'Demolition Man', 'Driven to Tears' and 'Next to You' to maximum effect, in ways that couldn't play out with the orchestra show.

At the same time, the show felt scaled down and free of frills.

During the two-hour show, which started with 'All This Time' and 'Every Little Thing She Does is Magic', Sting mixed his solo material with some select Police songs, a mix that wasn't entirely pleasing.

Sting can never go wrong when he performs 'King of Pain' and 'Every Breath You Take', two golden Police nuggets saved for the encore here, but where were 'Roxanne' and 'Message in a Bottle'? Sure, songs get temporarily put on the shelf, but that should never happen with 'Roxanne'.

The same can be said for some of the solo song choices. 'Fields of Gold', 'If You Love Somebody Set Them Free' and 'If I Ever Lose My Faith in You' still bristle with greatness, but where were 'Shape of My Heart' and 'Fragile'.

Sting often pulled out lesser-known songs in the concert's home stretch. It might've been a dream come true for the most hardcore of Sting fans, but not so much for everyone else.

Sting, mostly in good voice and backed vocally by Jo Lawry, talked about great songs written about St. Louis and said he wished he'd written one. But since he hadn't, he said he'd sing one he wrote about New York, natually introducting 'Englishman in New York', which came with a funky, out-of-nowhere breakdown.

He told fans he always loved country music and tried to write country music for years, but there was a problem with authenticity. So he was happy when Toby Keith took a Sting-penned song to the top of the charts. He misidentified the song as 'I Hung My Head', which Johnny Cash actually covered.

After correcting himself and performing the ballad, he performed his song that Keith covered, 'I'm So Happy I Can't Stop Crying'.

'Sacred Love', he said, was his bringing together of two of his favorite things, sex and religion, two things he says people usually separate.

The mystic 'Desert Rose' kicked off the satisfying string of encore songs.

Comments
8
You must be a logged-in member to add comments. Log In | Subscribe
June 06, 2012 posted by nailtek00
Melissa
This was an AWESOME show! The venue was amazing, and Sting ROCKED IT!!! I did miss a few songs that I thought would be performed but weren't. I enjoyed every minute of it, nonetheless! Do NOT miss this show! :)
June 03, 2012 posted by evan2
Close w/ Fragile
Really dig the setlist changes, but the show simply must close with Fragile.
June 03, 2012 posted by stung76
Jazz Bistro
I've got third row set in the Orchestra Pit so I cannot wait for Tuesday night! A few of us local STL fans are meeting for dinner & drinks at the Jazz Bistro around 5:30. Come join us or just stop to say hi - I'll be the one with the (slightly tacky but custom) photo purse with my pic of Sting and I together at his Dream of the Blue Turtles tour at the beginning of his solo career. I soooo need an updated pictures and keeping my fingers crossed. See you there!?! 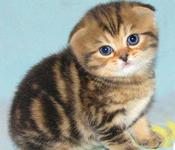